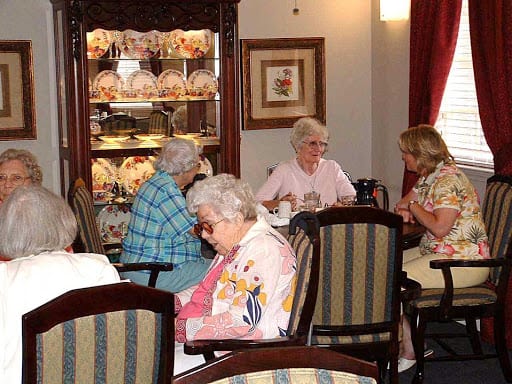 Choosing a quality assisted living facility might prove a daunting task for some, but the beauty of this task is that there are quite a few options for those looking to move into one or have a loved one that may need it. Most people are fortunate enough to live into old age, so there is always going to be a need to have these kinds of places around.

Such places can be good not only for elderly residents to have the care that they need but also for fulfilling social and recreational needs. They also provide some exercise activities, which can be extremely beneficial to residents as they can ease the effects of conditions like arthritis, not to mention being a positive psychological experience as well.

While assisted living facilities are generally for elderly residents, there are those that house people of developmental disabilities and can be of any age, according to the National Center for Assisted Living.  And so, for those who have relatives with disabilities, this may be something to consider as they may be able to benefit from these places as elderly residents can.

Birmingham has a number of facilities in its city limits but there are options outside of it for those looking elsewhere. Here is a list of places dedicated to assisted living near the Birmingham area based on online ratings and reviews:

Located at 3740 Eagle Drive in Trussville.

Has a 4.8 out of 5 rating on Google reviews and an average rating of 5 out of 5 on seniorly.com.

Located at 2435 Columbiana Road in the Birmingham/Vestavia Hills area.

Located at 1411 Thompson Circle in Gardendale.

Located at 5017 Kings Drive in Adamsville.

Has a 5.0 out of 5 rating on Google reviews and a 4.3 out of 5 average rating on senioradvisor.com.

Located at 223 Tucker Road in Helena.

Located at 2366 at Old Springville Road in the Clay/Birmingham area.

Has a 5.0 out of 5 average rating on Google and 4.2 rating on senioradvisor.com.

Located at 2184 Parkway Lake in Hoover.